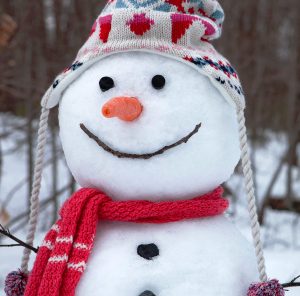 Research has shown that regardless of the season, the level of serotonin in the brain is affected by the amount of sunlight on any given day. In addition, inadequate exposure to sunlight affects our vitamin D levels. Both low serotonin and low vitamin D status can affect mood and many people find their mood changes as we move into the winter season, due to the diminished amount of light available.  For people who suffer from feelings of sadness or hopelessness or lack of motivation that may be related to insufficient vitamin D and serotonin levels, there are a variety of non-pharmacological ways to help increase the levels of serotonin in your brain, which include exercise, diet and supplements.

Vitamin D3 deficiency is associated with depression, along with muscle aches, back pain and fatigue, which is why supplementation during the winter months can be so important for all those at risk for deficiency due to lack of exposure to sunlight. Vitamin D supplementation has been shown to have positive effects on mood during the winter season, and should be included in your foundational nutrition program for winter health to support not only mood but also your immune system, your musculoskeletal system and your skin. With diminished light and dry cold air, all of these body systems are overtaxed and are better supported with adequate vitamin D3.

5-Hydroxytryptophan (5-HTP)  is a metabolite of L-tryptophan and an immediate precursor to serotonin, which your body then changes into serotonin.   It is used to support healthy mood by supporting healthy serotonin levels in the brain. Since serotonin helps regulate mood and behavior, 5-HTP may have positive effects on sleep, mood, anxiety, appetite, and pain.  Believe it or not, 5-HTP was studied for it’s clinical effectiveness way back in the 1970’s, and found to be as effective as imipramine, a commonly used antidepressant at that time.  While supporting serotonin production works really well for many people, it doesn’t work for everyone; and finding the right dosage is important because everyone is different.